It is the only capital in the world that borders with two countries – Austria and Hungary. Despite its capital role, Bratislava is an extremely intimate city. For many years touristy unappreciated has a lot to offer to all lovers of monuments, culture and Slovak beer. The winding streets of the castle, the charming market square and the boulevards along the Danube invite to sightseeing, and because everything is close here, we can do it during a few hours’ walk. The proposed route is 4 hours of sightseeing. It depends on you how much time you want to spend in each place.

The station is located in the northern part of the city, fifteen minutes on foot from the market and is well connected with the rest of the city. We can choose trams, buses and trolleybuses, running every few minutes in the direction of the city. With lines 83 or 93 we get to Zochowa station, and then Zamacka street we reach to… 16 min 2,3 km

The Bratislava Castle is the most scenic place in the city. From the castle hill there is a view of the buildings of the Old Town and the district of Petrzalka, which is a testimony to the communist era. You can simultaneously admire the various faces of the city. The oldest parts of the castle come from the sixteenth century, then it was repeatedly rebuilt. Currently, the Historical Museum is located here. From the castle hill we descend the Zamkowa street to the Old Town. 13 min 850 m

The district stretching at the foot of the castle hill, whose axis is marked by Staromestska street. It is famous for its picturesque and narrow streets along which numerous manor houses and historic buildings can be found. There is also a Jewish quarter here, where we can visit, among others Old Jewish cemetery and Museum of Jewish Culture. Along the Mikulasska Street we reach to… 3 min 200 m 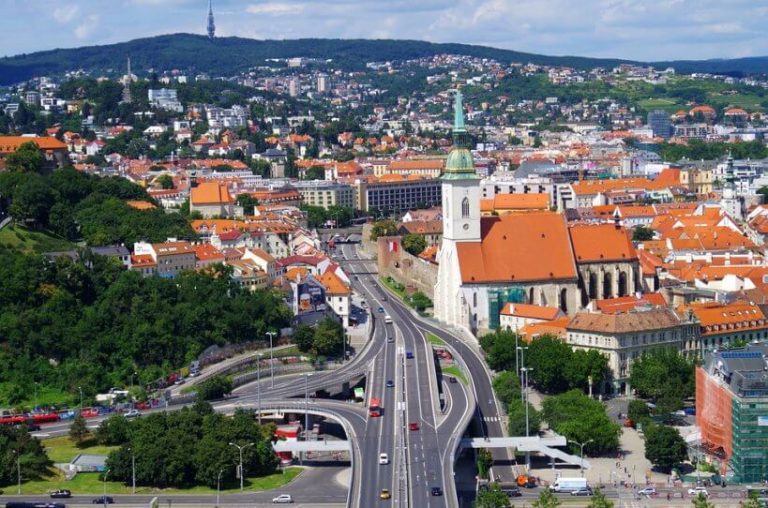 House of the Good Shepherd

This is the narrowest building in Europe! It was erected in the Rococo style in the 18th century as a residential house. From 1975, there is the Museum of the City of Bratislava, documenting the history of clocks and watchmaking in Bratislava and the seat of museums of handicrafts. Across the street we can admire … 1 min 50 m

The cathedral served as the coronation church in the years 1563 – 1830. There were 11 monarchs crowned, including Emperor Maximilian II, and these ceremonies are mentioned today during the popular June Coronation Festivities, when the city again begins to live in a medieval atmosphere. It is worth entering the church towers, from where there is a view of the Old Town. The tower is 85 m high, and its pinnacle is the Hungarian crown which is a testimony to the city’s old history. Next, we go along Kapitulska street towards… 5 min 400 m

It is the only preserved city gate in Bratislava, and also the symbol of the city. It comes from 1300. The gate has a soaring shape and 51 m in height. At the very top there is a museum of city fortifications and an observation deck, available free of charge for visitors. You can admire it, among others preserved fragments of city walls. From the Gate we go along Zamocnicka street towards the heart of the Old Town, that is ….4 min 350 m 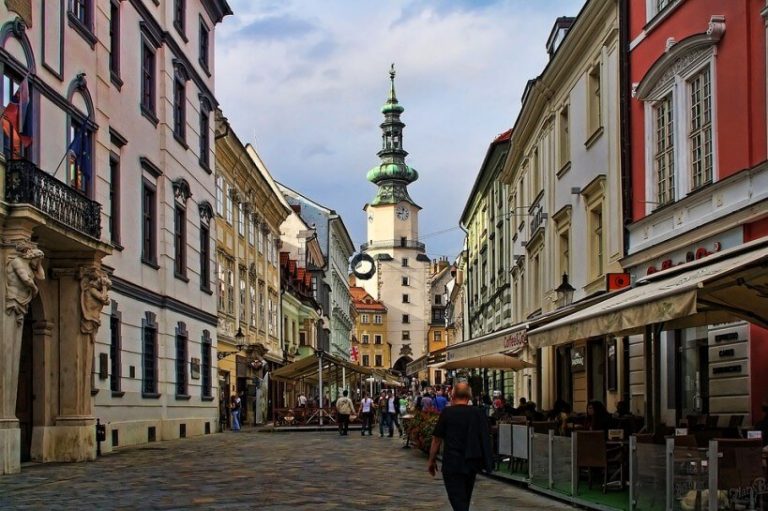 Hlavne namestie is a baroque-secession square filled with tourists and surrounded by pleasant cafes. In the middle of the square, there is an impressive Renaissance well known as the fountain of Emperor Maximilian. It is here where the inhabitants of Bratislava date. Particularly noteworthy is the Old Town Hall, whose history dates back to the 13th century. At present, it houses the municipal Museum of Bratislava. Right next to …

The building is considered the largest architectural decoration of the city. This monumental building, with a pink facade, was erected on the orders of the Primate of Hungary in 1778-1781. The palace is open to the public, and the Mirror Hall is particularly popular. It was here that the treaty sanctioning the establishment of the first independent Hungarian government was signed. From the palace, we go for a walk towards the Danube…10 min 800 m 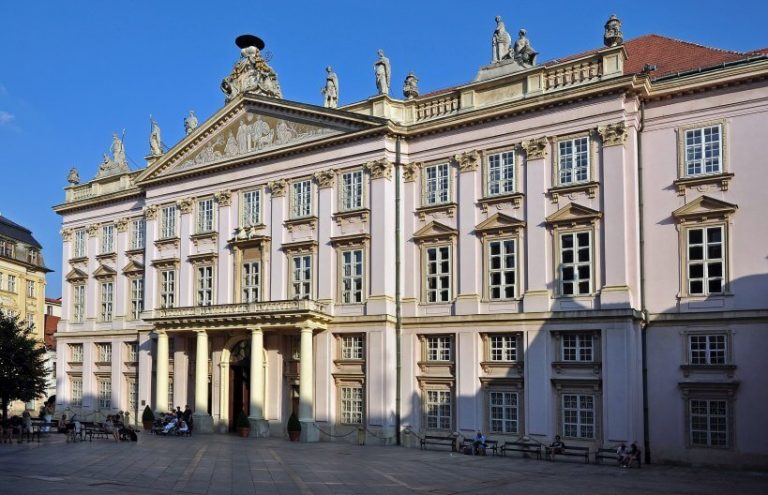 This is a place where it is worth getting lost for a moment. Located between the historic center and the left bank of the Danube, the alleys are the perfect place for a walk. There are numerous theaters, philharmonics and embassies. This is undoubtedly the most elegant part of the city. We reach the Danube coast from where we can admire the panorama of the river and the bridges connecting the two banks of the city. The most interesting of them is…15 min 1 km 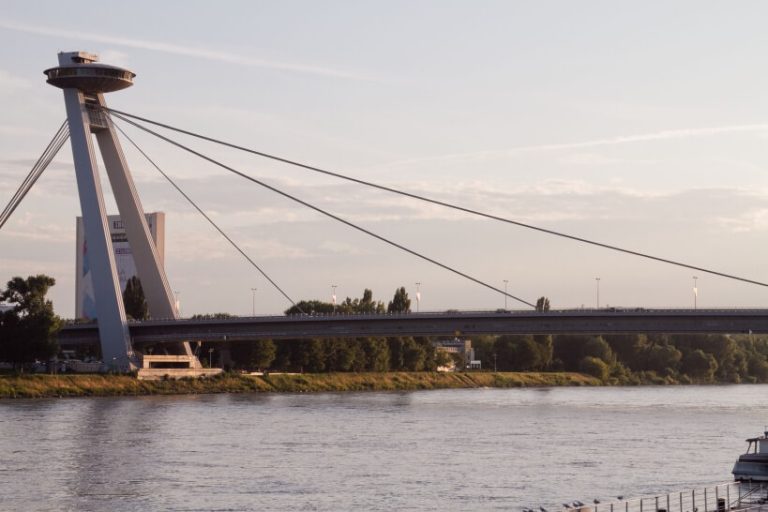 The new bridge is famous for its characteristic UFO restaurant on the top of the pylon, from which you can see, among others, Austria and the Little Carpathian mountains. It is the perfect place to admire the sunset and the panorama of the city that we have just visited and ask yourself – an evening in Bratislava or are we going to conquer the next capitals?

If the choice fell on Bratislava, then the matter is simple … we go to check in which of the pubs of the Old Town, and if historic Budapest or imperial Vienna … very good choice – we will rest while traveling by train!

The new bridge is connected to the Central Station by Stefanikowa street, which is often used by buses and trams, so it is enough to return to the already known Zochowa station and take bus 93 or 50 or trams number 5 and 6 to quickly reach the station and depart in onward journey.  25 min 2,5 km

Check the train schedule and book your ticket online now!

Railway tickets for these connections are available through the PolishTrains.eu