Intriguing proposal for the travel lovers, far from the most visited tourist lines, by the panoramic train. One is certain: It is one of its kind! This is for those who wish to experience unusual and fascinating adventure, and enjoy the most charmful views at the same time. It is the Bernina Express, a panoramic train running along the most picturesque route of the continent.

By train through the Alps

One of the most comfortable and the most organised train network in the world is in Switzerland. One of the most important point of visiting the country is the panoramic rail ride. It is not only the punctuality or incredible comfort that distinguishes Swiss trains, but most of all the perfect views thanks to large panoramic windows and glass window-cum-roofs. 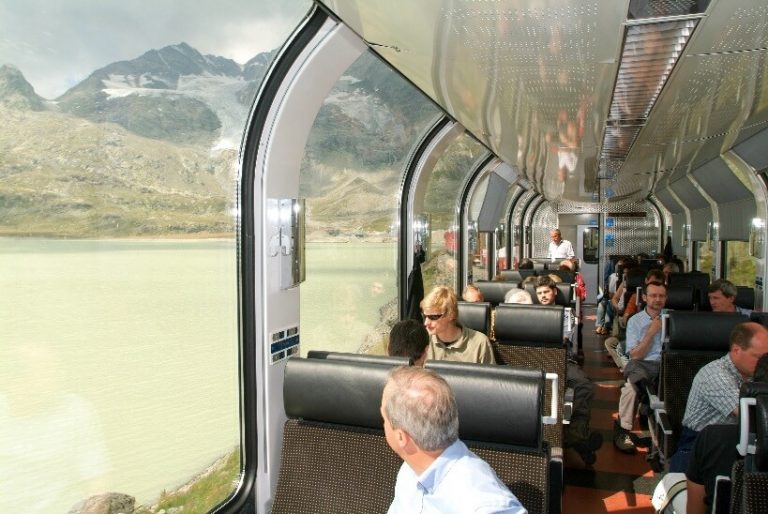 You may familiarise yourself with the Swiss Alps in an unusual way. On the way you may admire breathtaking mountain views, glaciers, valleys, lakes and twisting picturesque rivers. You may learn about them while listening comments in headphones that can be found at your seat. One is certain! The trains reach the most incredible places. Certainly, there are faster means of transport. However, while travelling by those trains you will not take pace as the most important factor but the the views you are exposed to. 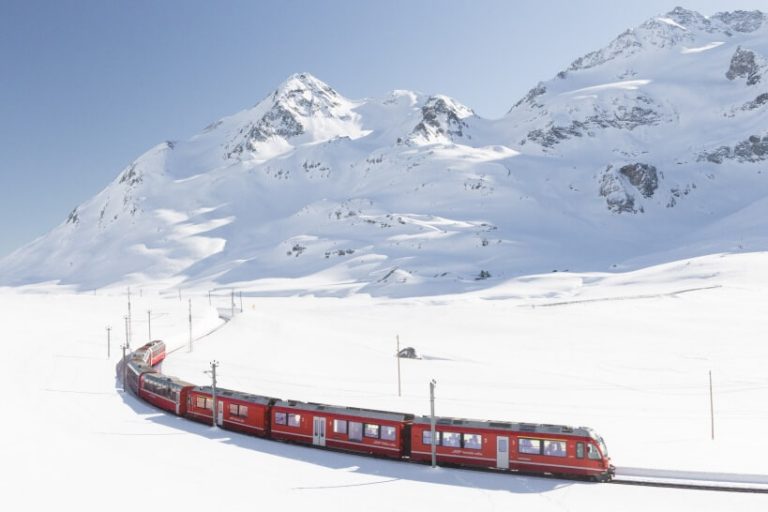 The Bernina Express service has been appreciated by the World Cultural and Natural Heritage UNESCO committee acclaiming it the most spectacular in the world. The line was launched a hundred years ago.

The Chur – St. Moritz – Bernina Pass – Poschiavo – Tirano route is over 140 km long with variety of landscapes. Starting with the eternal glaciers in Bernina massif, through the Valtellina vineyards valleys, until the warm and sunny Tirano. On its journey, the train passes 55 tunnels (including 6-kilometer long Albula, located the highest in the Alps, 1778 m a.s.l.) and 196 bridges. 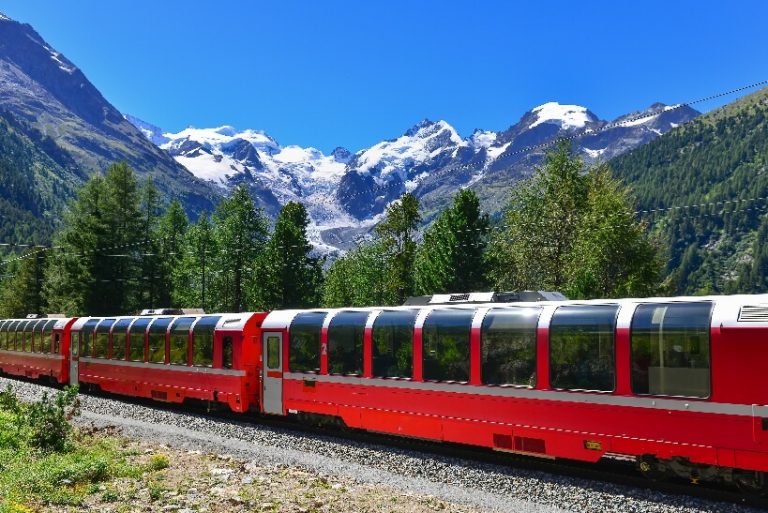 On its 4-hour long journey, the trains cuts the Swiss Alps, thanks to which the route is usually called the connection between cold north and warm south. In the early phase the Bernina Express passes along the gigantic Morteratsch glacier (3751 m a.s.l.). The travelling lovers claim that the distance between Chur (the oldest town in Switzerland) and St. Moritz is the most spectacular mountain route in the world. There are bridges on the way and the most enchanting is the arch bridge – Landwasser.

The train ascend the highest in Europe Bernina Pass (2253 m a.s.l.) that the train was named after. Afterwards, it descend along the numerous turns down to Poschiavo valley so you could admire the lake and the town of the same name. It is not the end! Should you continue your journey you will experience yet another attraction. It is the 107-meter long circular viaduct ride.

This fantastic journey ends at the end station in Tirano. After tasting the Italian town you may continue as you will enjoy more panoramic views on your way back.